Trump administration officials have chosen an Oklahoma military base that was used as a World War II internment camp for Japanese and Japanese American people to shelter undocumented immigrant children apprehended at the border without an adult.

Starting as soon as July, Fort Sill will be used as a “temporary emergency influx shelter” to mitigate overcrowding at existing facilities, the Department of Health and Human Services’ Office of Refugee Resettlement said Tuesday. The agency cited “a dramatic spike” in unaccompanied minors detained by border officials this year — just under 41,000 as of April 30, an almost 57% increase from the same period in 2018. 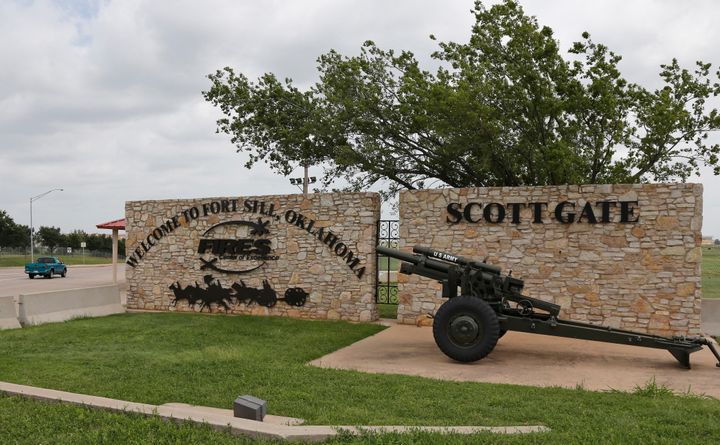 ASSOCIATED PRESS Officials previously used the Army base at Fort Sill, Oklahoma, during the Obama administration, detaining about 1,800 undocumented children from May to August of 2014.

The Army base, located near Lawton, Oklahoma, about 90 miles southwest of Oklahoma City, was selected after officials toured several military bases in recent weeks to assess which could be used to hold the migrant children.

HHS officials previously used Fort Sill during the Obama administration, detaining about 1,800 undocumented children from May to August of 2014, during a swell in border crossings that year. The facility was among several other military bases used between 2012 and 2017 as temporary facilities for undocumented immigrant children.

Fort Sill was among 14 U.S. Army bases used as temporary detention camps, usually for “first generation Japanese residents detained early into U.S. involvement in WWII,” according to the National Japanese American Historical Society. They later “would be held, processed, and transferred from these locations to other facilities.”