A 33-foot wide, 13-foot deep crater that appeared in the middle of a German cornfield this weekend was likely caused by the detonation of a World War II-era bomb, police say.

Residents in the western town of Ahlbach described the sound of a strong explosion and earthquake-like shaking around 3:50 in the morning on Sunday, apparently when the ordnance finally exploded more than seven decades after it was dropped. 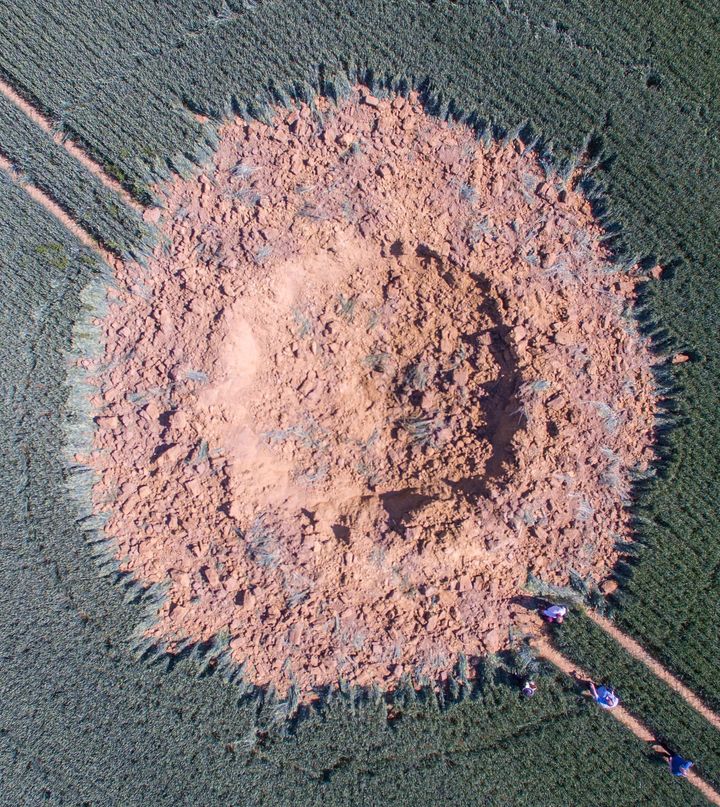 ASSOCIATED PRESS A crater is pictured in a corn field after a bomb from World War II exploded in Halbach, Germany.

Judging by the shape and size of the crater, investigators believe the bomb was a 550-pound explosive that ignited thanks to a decomposing chemical detonator.

No one was injured in the blast.

“We were quite a bomb target at the end of the Second World War” due to a railway depot that formerly operated in the area, he said.

He added, “We can be glad that the farmer was not in the field.”

ASSOCIATED PRESS The crater seen from a slightly higher altitude.

Even now, though the war ended in Europe in May 1945, upward of two thousand pounds of unexploded munitions are uncovered every year.